A créer un monde plus juste

It's been a dramatic year for our world, with the escalation of the war in Syria touching so many thousands of civilians, and with our evil politics in Europe / America (Brexit, Trump)... But let's never forget to look at the "collateral beauty" !

Every year, every event is a challenge to overcome - or a lesson to learn. Let's concentrate on what we've learnt, on our emotions, on being real and authentic - and let's share more, connect, remember, take care of each other in our ever violent world. Violence is born out of indifference. If we care, if we act with solidarity, the best of ourselves manifest. It's as simple as that.

For myself, 2016 has been an extraordinary year. I spent most of the first half finishing my book (on the legendary band Massive Attack and their birthplace: Bristol, England) - and working with charities helping refugees. I travelled to Calais, to see the informal refugee camps in the North of my own country, the so-called 'Jungle', and to report about these people's journey and immense challenges... I helped organise a march for refugees in Paris then travelled to Northern Iraq, in Kurdistan to interview doctors helping displaced people around Mosul and Erbil.

The second half of the year was the part of the blessings: I finished my text about Bristol, I spent some time in Sicily, meeting up with artists as well as farmers on the market of Trapani and fishermen... My book was finally out in October and I got to spread my message about the power of music and art to change ourselves and our world. I don't think I could be prouder of anything.

In 2016, I also spent weeks in Bristol, obviously, in London too, went back to Milan, Italy, travelling for the sake of art, met extraordinary people, realized my most precious dream, learn so much about the world but also about myself and travelled for the first time to Northern Ireland to wrap up the year, writing about politics, post-conflict changes and, of course, art.

I want to thank you, 2016, for the beauty, the gifts, lessons and challenges you put on my road. Even the evil, strange haters, even the moments of misunderstanding. They were finally overcome. 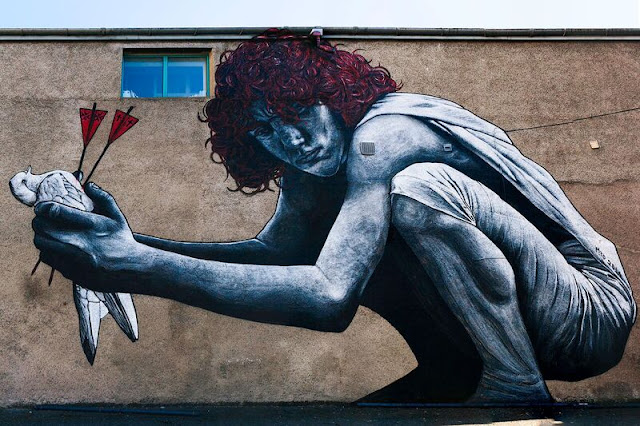 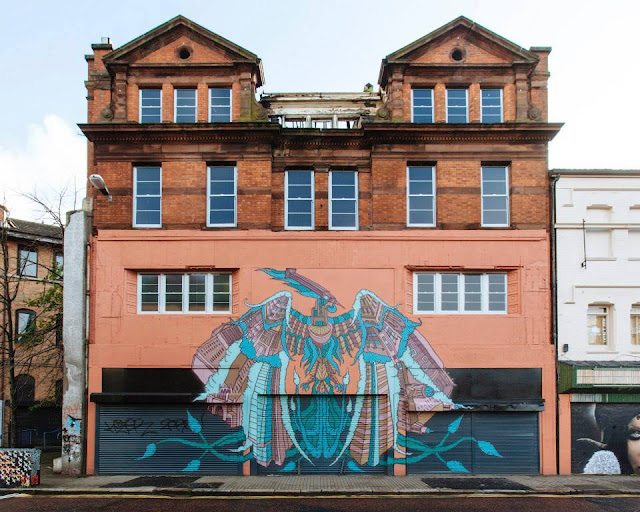 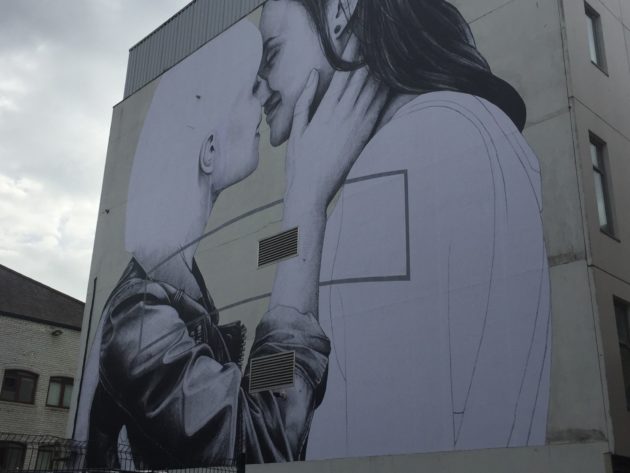 This wonderful artist shares my mother's birth date !! She's definitely been on my road this year, from Pathway to Paris last December to Hyde Park in July and now... this day. And with her wonderful book, Just Kids.
Happy birthday to my two favourite women

Assassin's Creed Soundtrack -
'He Says He Needs Me'
- by 3D from Massive Attack feat. Young Fathers 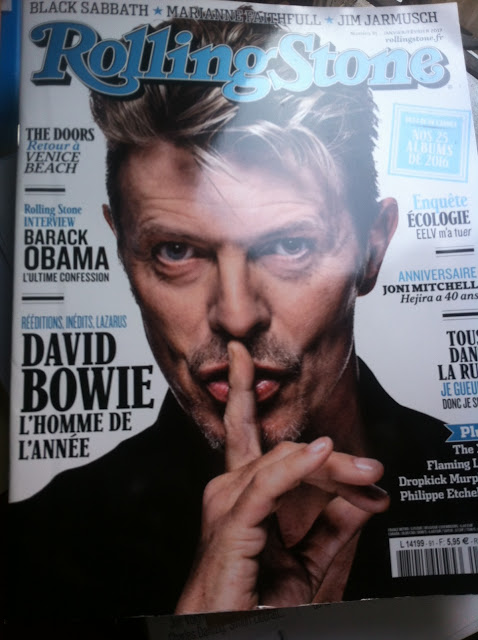 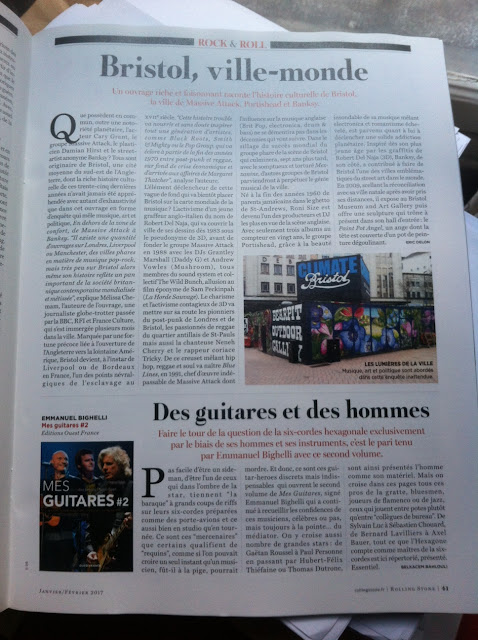 'Hymn of The Big Wheel' in 'Dawn of The World' 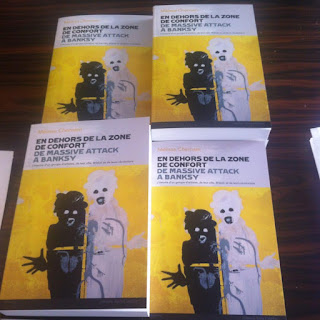 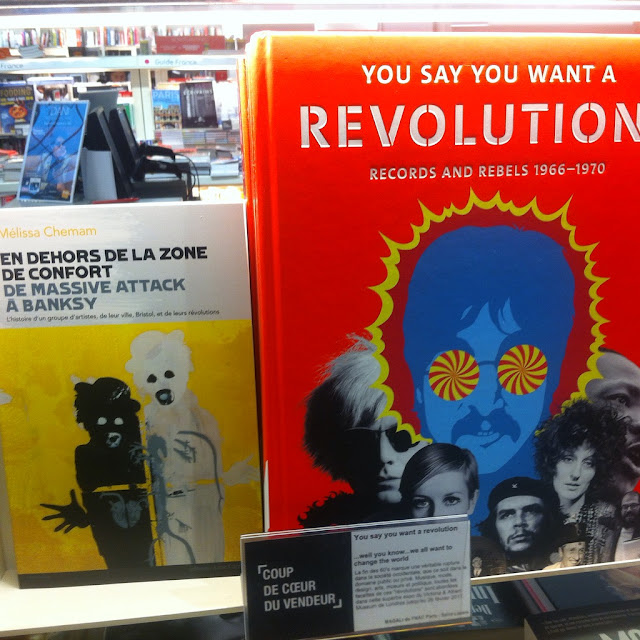 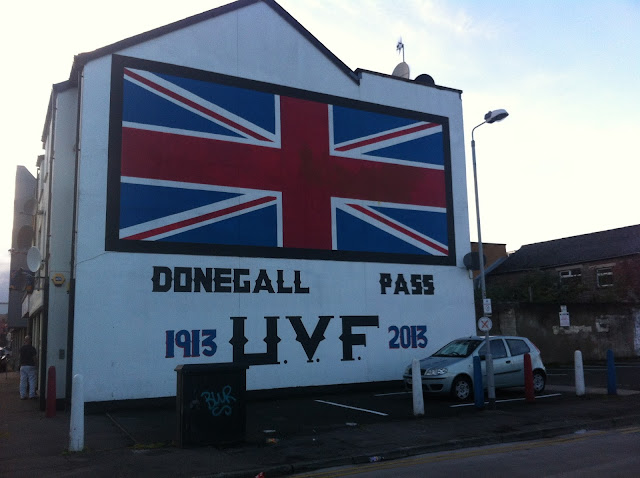 Most influential tunes of 2016


According to Subsource Magazine:

Hope Sandoval returned to the always welcoming arms of Massive Attack to make possibly one of their most solemn, depraved and helplessly beautiful songs I’ve ever heard. For Massive Attack to churn out such quality after all these years is almost unimaginable and to still carry such soul crushing emotional weight is unbelievable.

One of my favourite song of the year, for sure.

And my favourite video:


It's Christmas time... Yes, already. A time to think about others, about our loved ones - aka whole humanity.
I chose to write - the past two years - about artists who have this belief at heart.
Here are a few exemples of their way to celebrate the end of year / christmas / light celebration events...
With heart, class, generosity... and humour.

Radiohead, Massive Attack and UNKLE play in bank basement, and resulting 'pay what you want' album will help fund movement

Protesters at Occupy London had some surprise guests at a Christmas party on 6th December at the Bank of Ideas. Radiohead's Thom Yorke and Robert '3D' del Naja from Massive Attack dropped in to DJ at the group's occupation of UBS's empty building in east London.
(The Guardian, Johnny Howorth and Elliot Smith, Uploaded on 7 Dec 2011)


The complex was taken over by the Occupy London movement three weeks ago and transformed into the Bank of Ideas; it is being used by up to 30 groups who have faced cuts to their services. 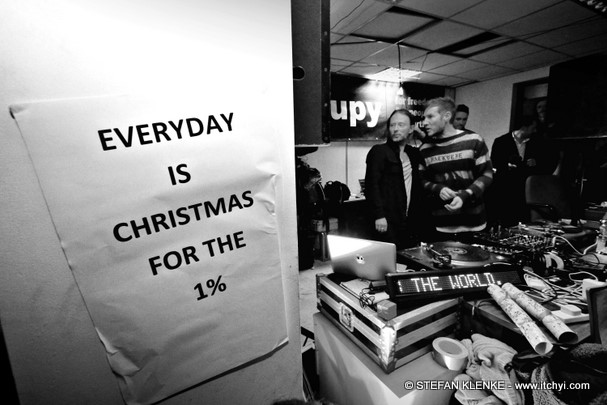 Organisers added that the concert was recorded and would be put on an album and soon be available on a "pay what you want" basis from the Occupation Records label.
Money would be distributed to the UK Occupy movement and to encampments around the world.
Occupy spokesman Ronan McNern said: "Artists are doing this in solidarity with the Occupy movement. It's tremendous … and hopefully it will be the first of many concerts."
Poets, dancers and comedians also performed to a packed room, and during the electronica and dub set lasting for two hours the crowd held up a banner which read: "This is just the beginning". Yorke had had to cancel a previous gig for Occupy Wall Street in New York when the crowd grew too large for him to perform.
Concert organiser Adam Fiztmaurice said the show had taken a fortnight to set up, but was just one cultural response to economic injustice.
"Yesterday I was meeting with clergy, and today it is with rock stars. The Occupy movement has so many cultures and this is just a snap shot of what we are doing," he said.
The Bank of Ideas will discover on Wednesday out whether they are to be evicted when judgment is delivered in the court of appeal in the Strand in central London. 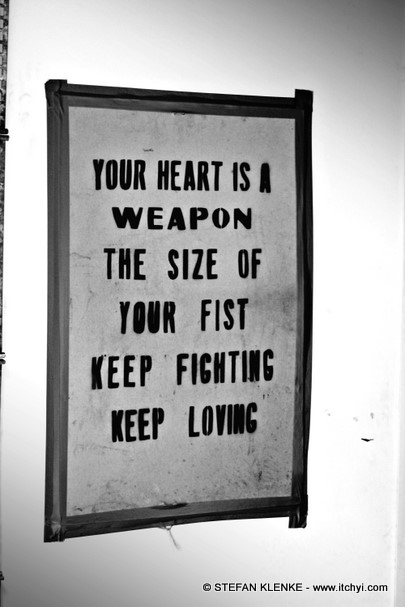 In recent months, other celebrities such as Alec Baldwin, Susan Sarandon, Russell Brand, Vivienne Westwood and Alan Bennett have backed Occupy protests in the US and UK.
--
SANTA'S GHETTO

Banksy organised events in London such as Santa’s Ghetto, where an empty shop was taken over for the display of works on canvas or paper by artists – thus by-passing the gallery system - and his print workshop Pictures on Walls made editions of prints by various artists available for online purchase at affordable prices.
These print editions became so popular that fans would spend hours online attempting to buy works. While some wanted to own a Banksy print, others were buying for re-sale. His prints quickly acquired a secondary market – increasing fivefold in value in a day. After the financial crisis of 2009, the market value of work by many street artists faltered – but the price of Banksy works did not. He has maintained that crossover from the street to the mainstream art world.

The art that stole Christmas

Santa's Ghetto "rallies against the commercialisation of Christmas by selling lots of stuff", according to organiser. This "stuff" includes work by Gorillaz cartoonist Jamie Hewlett, pop video director Chris Cunningham and new paintings by 3D of Massive Attack.
What these shops share is a disdain for the traditional process of displaying and selling art in galleries. "It's all gear at the end of the day," says graffiti artist Banksy, whose controversial portrait of a crucified Christ laden with shopping bags will be showing at Santa's Ghetto. "Nine times out of 10, people will buy your work because it goes with the colour scheme in the kitchen and the bathroom. It's shopping."
Santa's Ghetto is at the Soho Bookshop, London W1, and Blackoff is at the Aquarium Gallery, London WC1. Both are open for business throughout December.
(Guardian, 2004) 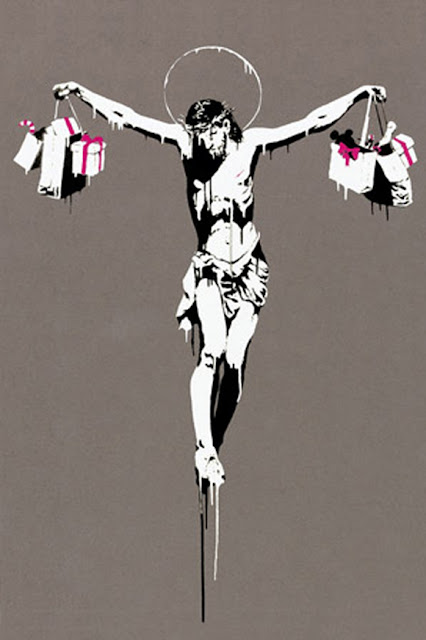 British graffiti artist Banksy has launched an art exhibition in Bethlehem that he hopes will focus attention on the poverty of the West Bank and draw tourists to the traditional birthplace of Christianity.
As part of the project, Banksy has adorned the controversial security barrier around the West Bank town with spray paint and plaster works of art in a comment on the Israel-Palestinian conflict.
Israel says the purpose of the barrier is to prevent terrorist attacks being launched from the West Bank. Palestinian leaders however say the barrier amounts to an illegitimate land grab by Israelis, setting unilateral borders for an eventual Palestinian state.
The new exhibition, called "Santa's Ghetto Bethlehem 2007," is a collaboration by artists who say they are trying to revitalize tourism to Bethlehem and "offer the ink-stained hand of friendship to ordinary people in an extraordinary situation."
Banksy's sketches on the security barrier flow towards Manger Square, across from the Church of the Nativity, where Christians believe Jesus was born.
His images include a dove wearing a bullet-proof vest, a young girl in a frilly pink dress frisking a soldier and a donkey being checked for its identity papers.
According to the Web site for Santa's Ghetto, Banksy thought he was making an ironic commentary with the donkey picture, but locals told him the animals are frequently asked for ID papers.
Santa's Ghetto typically operates during the month of December out of a small store on Oxford Street in London, where underground artists showcase their work.
Banksy, who started the initiative six years ago, says: "I felt the spirit of Christmas was being lost. It was becoming increasingly uncommercialized and more and more to do with religion, so we decided to open our own shop and sell pointless stuff you didn't need."
His exhibition in Bethlehem is rife with the same satirical sentiments. Beyond the barrier graffiti, the work of Santa's Ghetto's diverse artists spread across three floors of a building in Manger Square.
Inside, examples include a painting by Palestinian artist Suleiman Mansour in which a man carries the city of Jerusalem on his back, and London artist Peter Kennard's montage of dollar bills printed on pages from the Jerusalem Post. Proceeds from Santa's Ghetto sales go to charity.
(CNN.com)