for Release of Peter Greste

IMPORTANT AND URGENT NOTICE TO ALL FCAEA MEMBERS...
“A freedom given up is not so easily regained.”
Please join members of the Foreign Correspondents' Association of East Africa, Committee to Protect Journalists, friends of Peter Greste and other local civil society and free press movements on Tuesday February 4th 2014, for a peaceful protest march and sit-in at the Egyptian Embassy, to protest the imprisonment of, and demand the release of Al Jazeera East Africa correspondent, Peter Greste, and his colleagues.

Peter Greste has lived in Africa for 10 years. He started here in Mombasa for the BBC, and is now with Al Jazeera English and a member of the FCAEA. Peter and his two colleagues, Mohamed Fahmy and Baher Mohamed have been in jail in Cairo for over a month without charge. On Wednesday Peter's appeal was denied, and local news agencies in Cairo state that the Al Jazeera journalists would be charged in a criminal court with aiding terrorist activities.

The FCAEA cherishes its members rights, and indeed freedom, to do their jobs. Greste is a firm believer of those freedoms and holds the profession in the highest esteem, telling some of East Africa's most important stories. We stand in solidarity with Peter and his colleagues, and call on the Egyptian government to release them immediately.

Being a journalist is not a crime. Telling the truth is not terrorism. Walk with us, and work with us on Tuesday, to bring Peter home to Nairobi so he can continue being a part of our important profession. The protest will start at 10, and we plan to sit in solidarity with Peter outside the embassy, as is allowed for in Kenya's constitution, until we are granted an audience with the Ambassador, or until the embassy closes. We will deliver an open letter addressed to Peter that condemns the actions of the Egyptian government for arresting him and include a selection of books for him to read, including Mandela: A Walk To Freedom. Journalist and civil rights activist Boniface Mwangi knows Peter and is helping us organise and mobilise.

Spread the word far and wide.

WHERE?
Java Coffee Shop at Valley Arcade shopping centre, Nairobi.
We will leave our cars there, distribute t-shirts and banners and other props, then walk the not far distance to the embassy. We will sit outside until either we are invited inside or the embassy shuts at 1600. Expect live broadcasts, social media campaigns, and a ruddy good protest.

WHY?
“You can't pick and choose which types of freedom you want to defend. You must defend all of it or be against all of it.”

WHO TO TELL?
Everyone you know who cares about their civil liberties and about journalists working freely around the world. Journalists, please encourage coverage from your own medium as well as the Kenyan press.

CAN'T TAKE PART?
Join our social media campaign. Instructions will go out Monday on how you can "virtually" protest with us on twitter/ FB/ instagram and online petition platform.

Photography and African past - Jean-Philippe Dedieu in the NYT


Toward Visual Paths of Dignity


Great work from researcher Jean-Philippe Dedieu on photography and African colonial past for the New York Times' photography sections, LENS:


In 1994, I had just returned to Paris from Asia. Yet all I could think about was Africa.
I had been living in Japan for a few years, working as a trader for an investment bank and, as for any migrant, this long journey exerted a profound and lasting influence on me. In Tokyo, I had befriended West Africans who had gone there seeking a better life. We shared our common experience of estrangement, and they had helped me to appreciate not only their lives as migrant laborers, but also the histories of their home countries.
I eventually left the neurotic and highly return-oriented life of a director of an emerging markets derivatives division. Instead, I wanted to make sense of my experiences in Japan. I started to build a photography collection on the subject of Africa’s colonial past, the legacy of which was far from publicly acknowledged in France at the time. Hoping to shed light on how African diasporas shaped contemporary European history, I earned a doctorate on African migrations. These two projects were intertwined: Perceptions of ethnic and racial minorities are influenced by their visual representations. 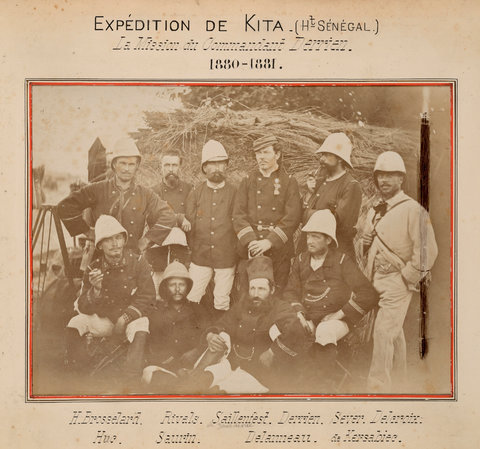 Collection of Jean-Philippe DedieuKita Expedition (upper Senegal). Circa 1880-81.
(...)
How Africans were shown in the pictures — especially in the early images — went a long way toward marginalizing them as “the Other.” The visual production of racial stereotypes itself was influenced by the pseudo-sciences of anthropometry and criminal anthropology that had been developed in Europe in order to compare and classify “human races.” Over the years, I found countless examples of photographs composed according to these pseudo-scientific frameworks. The Austrian explorer Richard Buchta was one of many photographers who did mug shot-like front and profile views of his subjects against a neutral background (Slide 9 and below). His images underscore his aesthetic and almost ethnographic obsession with his subjects’ haircuts, clothes and jewels, but he also pictured them in such total isolation from their political and social environment that they were reduced to mere ethnic types.
Richard Buchta, Collection of Jean-Philippe DedieuA plate from Richard Buchta’s “Album of Central Africa.” Circa 1880s.
Imperial conquests were not only military enterprises but also moral enterprises, obtaining justification from stories of tribal conflict. Missionaries used photography to rally the interest and support of their congregations back home, relying on photographs, postcards and lantern slides crafted to provoke a mixture of fascination and repulsion. In Ubangi-Shari (now the Central African Republic), for example, the French missionary Father Augouard used the camera to publicize his relentless proselytism. In one photograph from my collection, he shows a man standing with Western clothes close to a seated young adolescent described as being “his slave” (below). This composition clearly illustrates the social changes that were officially advocated at the time and that African societies attempted to resist. 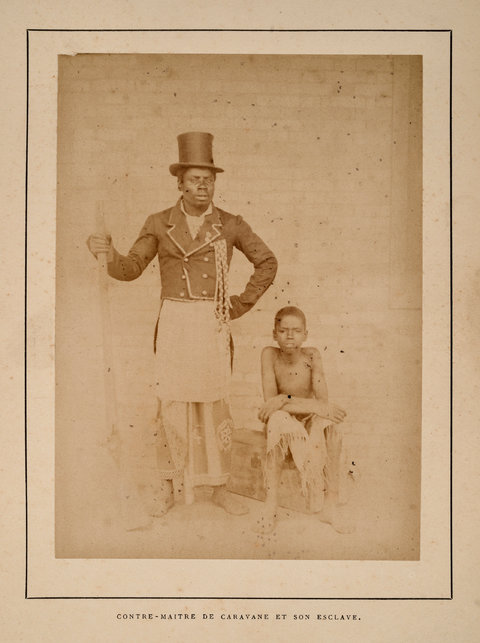 Attributed to Father Augouard, Collection of Jean-Philippe DedieuCaravan supervisor and his slave. Ubangi-Shari, now the Central African Republic. Circa 1887-1900.
(...)
African rulers were the first to consider the camera as a valuable asset in controlling their portrayal and defending their dignity. One of the most compelling illustrations of this is to be found in portraits (below) made of Aouagbe Behanzin, king of Dahomey (now Benin). An opponent of colonization, he was defeated by the French Army in 1894 and condemned to exile. In the portraits of him that I managed to gather, you can see how he succeeded in retaining his nobility until his death, posing with elegant clothes and surrounded by a large entourage, as if his power had not been totally eliminated by the imperial enterprise. 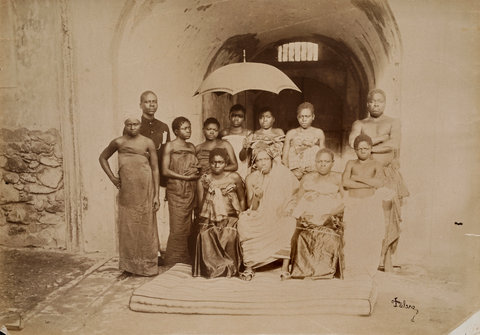 Collection of Jean-Philippe DedieuAouagbe Behanzin, king of Dahomey, now Benin, in exile in Martinique. Circa 1900s.
(...)
After having collected these photographs for almost 20 years, and published both academic articles and a first book on African migrations, I can trace how stereotypes that were constructed in the imperial age continue to shape and distort contemporary Western views. While Europe is currently submerged in a tide of mounting xenophobia toward its black citizens, the issue of representation has once again become crucial, almost vital.
As for my West African friends whose stories so moved me in Tokyo, I have no news of them. I tried to find them but came up empty-handed. I learned that in the late 1990s they were expelled from Japan. 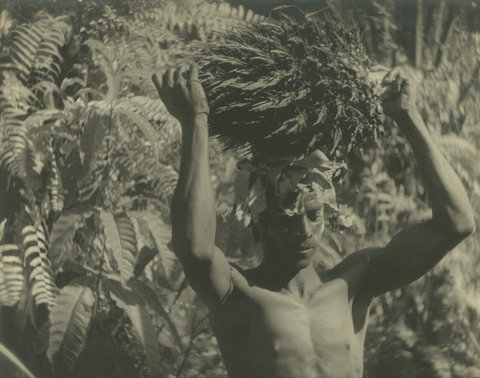